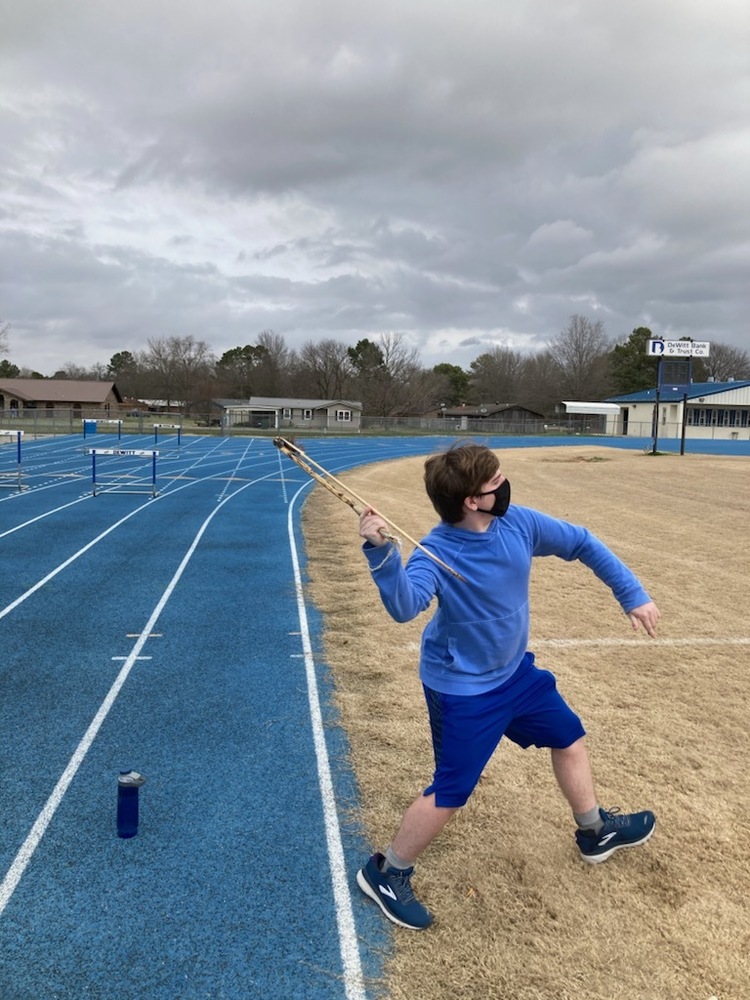 Recently students in 8th grade Arkansas History learned about the prehistoric cultures that once inhabited our state.  One particular subject of discussion was the advancement of tools and weapons as time passed.  Students have all heard of the bow and arrow but not many know about the weapon that preceded it, the atlatl (pronounced attel-attel).  This prehistoric weapon may look easy to use but most any 8th grader at DeWitt Middle School will now tell you that looks are deceiving and that making a successful throw with one of these is no easy task.  Some students got the hang of it and a few even became atlatl masters!  Caleb Simpson won the contest for the day with an amazing shot of 85 yards!!  Wyatt Jones came in 2nd with a 74.5 yard throw and Griffin Whitmore took 3rd with a 72 yarder.  There were many other students that proved to be regular prehistoric spear chunkers but the list would be too long to give all credit.  To say the least, it was a fun day to get outside and have some hands on fun after a year full of virtual everything!!